3/26/22: Archdiocese of Santa Fe in second legal battle — this one with insurers

12/7/21: Archdiocese of Santa Fe to hold another auction in hopes of raising cash for clergy abuse victims

9/4/21: Santo Niño principal did not alert police of alleged abuse

A 9-year-old boy has bravely revealed that the school nurse, Robert Andrew Apodaca (DOB 01/24/1991), was inappropriately touching him.

“As I send my child off to school every day, I trust strangers in the education system to have the best interest of this vulnerable little human being,” shares the young boy’s mother. “It’s heartbreaking to learn not everyone has the right intentions.”

According to New Mexico State Police:
-The alleged crime occurred April 2021 when the victim was 8 years old.
-Apodaca was overseeing an after-school program in which the kids watched a movie.
-Another school worker says when she tried to go into the room with Apodaca and the students, the door was locked. When she finally got inside, she was “startled and surprised” to see Apodaca with a child on his lap. The witness says Apodaca also seemed startled to see the other adult and asked, “What are you doing here?”
-The child told his parents, the principal and police that several times Apodaca had picked him up, placed him on Apodaca’s lap and rubbed the boy’s body. According to the child, Apodaca would give him lollypops and let him play games on the nurse’s iPad, treats only given to him.
-On several occasions, Apodaca took the victim on walks around the school and into empty rooms after school hours, telling the child to keep this behavior their secret.
-The principal says it’s against school policy for staff and kids to be alone together.
-Apodaca has left the school.

Shortly after this investigation at Santo Niño began, Apodaca was formally charged in another case and is now being held without bail. He admitted to repeatedly molesting another child, a 12-year-old boy, dating back to 2019. Police say he met that other child while working as a nurse at Kearny Elementary and Gonzales Community School. He also knew the 12-year-old boy because Apodaca was a minister in the same Jehovah’s Witness congregation. Over the last several years, Apodaca’s employment as a nurse at various schools, and his position as a minister, put hundreds of kids in dangerous contact with him.

If this story sounds familiar, that’s because it is.

In 2016, a 6-year-old girl at the very same school, Santo Niño Regional Catholic, accused her art teacher, Aaron Dean Chavez, of illegally and inappropriately touching her. The courage of this young girl inspired many others to also come forward with their own horrific stories of abuse spanning many years. Chavez was found guilty and is now serving a 15-year prison sentence.

Tragically, the abuses in 2016 were preventable. The Santo Niño school administration and former Principal Theresa Vaisa had been ignoring the red flags for years. Back in 2012, Chavez had faced another allegation from a different student, but evidence shows the school failed to conduct its own internal investigation and the molester was let back into the classroom. In 2016 when more students started speaking up against Chavez, police recordings show Principal Vaisa doubting, blaming and even shaming the children who bravely shared their experiences. The trial testimony reveals Vaisa knowingly buried the accusations, evaded police questions and negligently curated an environment ripe for a child predator.

While a civil case against former Principal Vaisa and the Catholic school is still ongoing, now a new administration under the direction of current Principal Robin Chavez has again failed to protect children by allowing a new molester in the front door.

“How could the same heinous acts be committed at the same school, and in such a short time period? Where are the systemic changes that could have prevented these life-scarring abuses from happening over and over?” asks attorney Aaron Boland, who represents student victims. “The victims’ parents and I are sickened to see a pattern at Santo Niño. How could the children of our community again be put in such grave danger, and what will it take for this to stop?”

3/26/22: Archdiocese of Santa Fe in second legal battle — this one with insurers

12/7/21: Archdiocese of Santa Fe to hold another auction in hopes of raising cash for clergy abuse victims

9/4/21: Santo Niño principal did not alert police of alleged abuse

What Happened:
Two sisters, both eighteen years old, were driving home one night when a drunk driver traveling the wrong direction on the freeway struck them head on.  The at-fault driver’s blood alcohol content was FIVE times the legal limit when tested an hour after the crash occurred.  The two sisters suffered extensive, horrific injuries.  One of the young women had an open femur fracture and paramedics needed to use the jaws of life to retrieve her from the vehicle.  The other suffered severe internal injuries and required multiple surgeries in the following weeks just to survive.  It was an unnecessary tragedy inflicted on their lives and their families.

Challenge:
Extensive video footage taken at local resort and casino showed the driver receiving alcoholic beverages while visibly intoxicated.  Despite this evidence, the resort was uncooperative.

Strategy:
In order to make the personal cost of this wreck clear, we focused on the background of the sisters.  We told stories of young, student-athletes on their way to college and bright futures; futures stolen by the recklessness of the driver and the wanton disregard for the value of human life by a major corporation.  Stories of two innocent people whose lives are forever marred.

Wins:
After diligently fighting with the major corporation that owns the Casino, the sisters were awarded a substantial sum of money that helped to bring some justice. 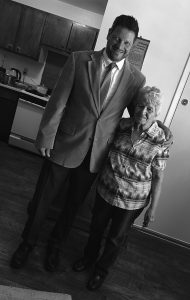 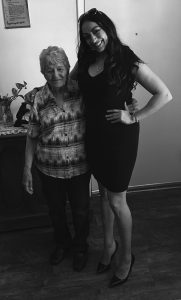 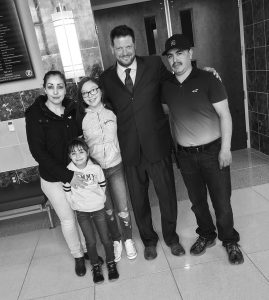 WHAT HAPPENED: An athletic middle-aged woman suffered a hip injury by slipping on melted snow in a chain retail store. The company delayed resolving her claim in an effort to run out the clock on the three-year statute of limitations for filing suit. The victim eventually needed surgery.

CHALLENGE: Our client, who had long labored under the misconception that the insurance company would do the right thing, waited until the last minute to approach us.

STRATEGY, TACTICS: We immediately recognized it was a worthy case, and went into action with urgency and aggressiveness. We filed suit the day after she walked in, and the case went to mediation.

FOR THE WIN: Our client was awarded a large sum of money more than the company was originally prepared to pay.

Over a Million Dollars collected on behalf of injured clients this year!

Being in a car wreck is a traumatic and often life-altering experience.  It is also the time when you want the insurance companies involved to do the right thing.  Yet so many clients feel like they are getting the run around, if not getting pushed around by the very companies that are supposed to be helping you.  Let me help you to make the insurance industry pay what is fair and just.  I would be happy to evaluate the worth of your case at a free consultation. Contact Me Today

TYPE OF CASE: Car wreck, with bodily injury and fatality.

WHAT HAPPENED: A young mother under the influence of multiple drugs rear-ended a truck. Her four- year-old son was killed, and her 10-month-old baby had severe injuries, including a broken back. The mother was convicted of two crimes and sentenced to prison.

CHALLENGES: We represented the baby girl—the ultimate innocent victim of a horribly tragic event—and we were determined to fight on her behalf. But there was no insurance on the vehicle the mother drove, so there was no clear path to compensation. The identity of her father is unknown, which was another complicating factor in what also became an estate case.

STRATEGY, TACTICS: In every case, we do whatever it takes to get to know the client’s story in full. This time, that meant going beyond the police report to conduct an onsite investigation of the home where the family lived, which was the grandparents’ house. There we noticed three vehicles in the driveway, which opened the door to multiple sources of insurance coverage.

FOR THE WIN: As the survivor in the wrongful death of her brother and the victim of her mother’s crime of inflicting severe bodily harm, the baby girl received a substantial sum of money, which was placed in trust.

BONUS WIN: The girl was adopted by her foster family. By the time she turns 18 and the trust starts to become available, the value should exceed be more than 15 times the original amount.